On August 18th, Tamarack Biotics was featured on the Dairy Dialog podcast. Listen to the podcast, https://www.dairyreporter.com/News/Manufacturers/Dairy-Dialog-podcast-146-Arla-Cheer-Pack-Tamarack-Biotics

Tamarack is currently negotiating with potential European production partners and hopes to offer samples by year-end.

An immunosenescence clinical trial using TruActive MPC 85 was published this week in Frontiers in Immunology. Read “Use of UV Treated Milk Powder to Increase Vaccine Efficacy in the Elderly”.

“We are very excited that such an esteemed publication chose to publish our groundbreaking study of immune response improvement from consuming the immune active proteins contained in our TruActive MPC 85 product,” said Bob Comstock, CEO of Tamarack Biotics.  “As you likely know, immune systems weaken as we age, and TruActive strengthens immune response in the elderly.  The scientific evidence leads us to believe TruActive will keep elderly people well.”

Tamarack Biotics announces the initiation of a clinical trial to determine TruActive’s benefits in restoring immune health to patients undergoing chemotherapy. TruActive should strengthen immune function and keep people well. Additionally, it has been hypothesized that TruActive may reduce toxicity and potentially increase the efficacy of the new class of immune modulating cancer drugs.

We are very excited to participate in this exciting research.

Consumer and health trends force some products to decline, and others to ascend. But in the face of these trends, new innovations in food science are still playing with long-accepted formulas, trying to keep markets open and expanding. Researchers and innovators in the lab working on functional ingredients and sweeteners keep finding ways to further disrupt and stretch outt established categories.

While the dairy industry has frequently touted its nutritional superiority to dairy alternatives, raw milk is an area of unrealized potential in the category. In sweeteners, sugar replacements have frequently struggled to prove themselves superior in flavor. But breakthroughs are made every day, and there’s a new set of ingredients with the potential to shape the future of beverage. Read the full article here.

[Adi Menayang, Nutra Ingredients USA] Rich with lactoferrin and immunoglobulins, a new product on the market will bring finished product makers a protein powder that is nutritionally closest to raw milk, its maker claims. Read the full article here. 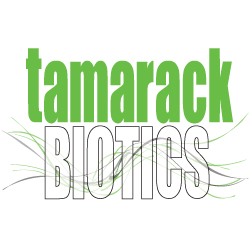 Generally recognized as safe (GRAS) is an American Food and Drug Administration (FDA) designation that a chemical or substance added to food is considered safe by experts, and so is exempted from the usual Federal Food, Drug, and Cosmetic Act (FFDCA) food additive tolerance requirements.

Fresno, CA – September 15, 2017 – Tamarack Biotics announced the results from two clinical trials, which tested TruActive’s ability to stimulate elderly immune systems and to reduce asthma symptoms in a mouse-model experiment. TruActive is the world’s first dairy product to gain regulatory approval for an alternative to pasteurization.

Immune systems weaken with age, and until now, there has been no known way to stimulate and strengthen them. This condition is known as Immunosenescence. In cooperation with UC Davis, Tamarack completed a double-blind, placebo-controlled Tetanus vaccine response clinical trial on 35 adults over 60 years of age. Twice a day for 4 weeks, the subjects consumed 7.5 grams of TruActive or a soy protein comparator and then were administered a Tetanus vaccine. After four more weeks of consumption, blood tests confirmed the level of antibodies produced by each subject. The subjects who consumed TruActive MPC 85 averaged a 12.7-fold Tetanus antibody increase, while the subjects who consumed the soy protein only experienced a 5.8-fold increase. A similar trial conducted by UC Davis in 2010 showed only a slightly statistically significant increase in whey protein consumption compared to the same soy protein.

Bob Comstock, Tamarack Biotics’ CEO stated “The Immunosenescence clinical trial proves that TruActive MPC 85 invigorates elderly immune systems and should help keep people well. The health benefits provided by a more than doubling in vaccine response are astounding. We, and our research partners at UC Davis, were pleasantly surprised by this result and we look forward to developing retail products with our partners. ” 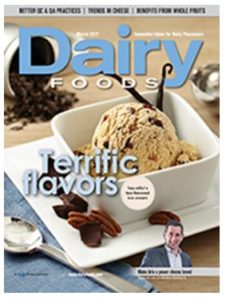 Tamarack Biotics’ TruActive MPC 85 product was recently recognized by Dairy Foods Magazine as a new milk-based protein today to be used in foods and beverages in the sports, early childhood and elderly nutrition categories.

The article describes the ultraviolet technology used to produce TruActive, as well as outlining our current trials.